Well isn’t this ironic…a language teacher questioning whether or not you should learn another language. That’s like a mechanic who says there’s nothing wrong with your car. Or the insurance salesman who says you already have enough coverage. I doubt these professionals even exist. Everybody who sells a service claims that you need that service…and of course they must be the person who sells it to you.

Well, perhaps I’m breaking new ground here, but I’m totally serious about this. I will be the first to acknowledge that I make my living by helping people to learn languages. It’s what I do and I love it. But I don’t think there’s any harm in revealing a cold, hard truth that I’ve witnessed in my language teaching career; most people don’t need to learn a foreign language. 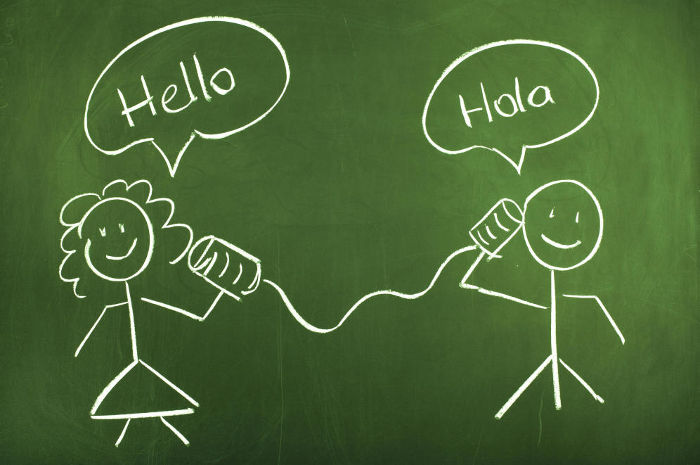 Why Are English & Spanish Among the Hardest Languages to Learn?

This is a conclusion I’ve come to after many years and hundreds of students. People sign up for our lessons for a variety of reasons. I’ve never had a reason to turn anyone down. I remember the first class I was teaching at one company in particular. 10 of their employees signed up for 20 classes. Within 10 minutes of that first class, I knew that none of them were going to learn Spanish…not after 20 lessons or even 50 lessons.

It quickly became clear that what they really wanted was an excuse to gather together in the conference room once a week to joke around, gossip and not work. These are the most challenging classes to teach. They clearly weren’t taking it seriously, but I still had to. I had to bring my A-game for 20 straight classes, prepared with lessons and exercises. I still had to assess each student and figure out what they knew and didn’t know. And I still had to push them and give assignments, knowing they weren’t going to do them.

But that’s my job and I’m not complaining about it. Maybe all you want is for me to teach you cliche phrases about tequila, tacos y cerveza. If that’s the case, I will gladly show up on time and teach you those phrases. You won’t be a Spanish speaker when all the lessons are done, but hey…at least you were entertained. 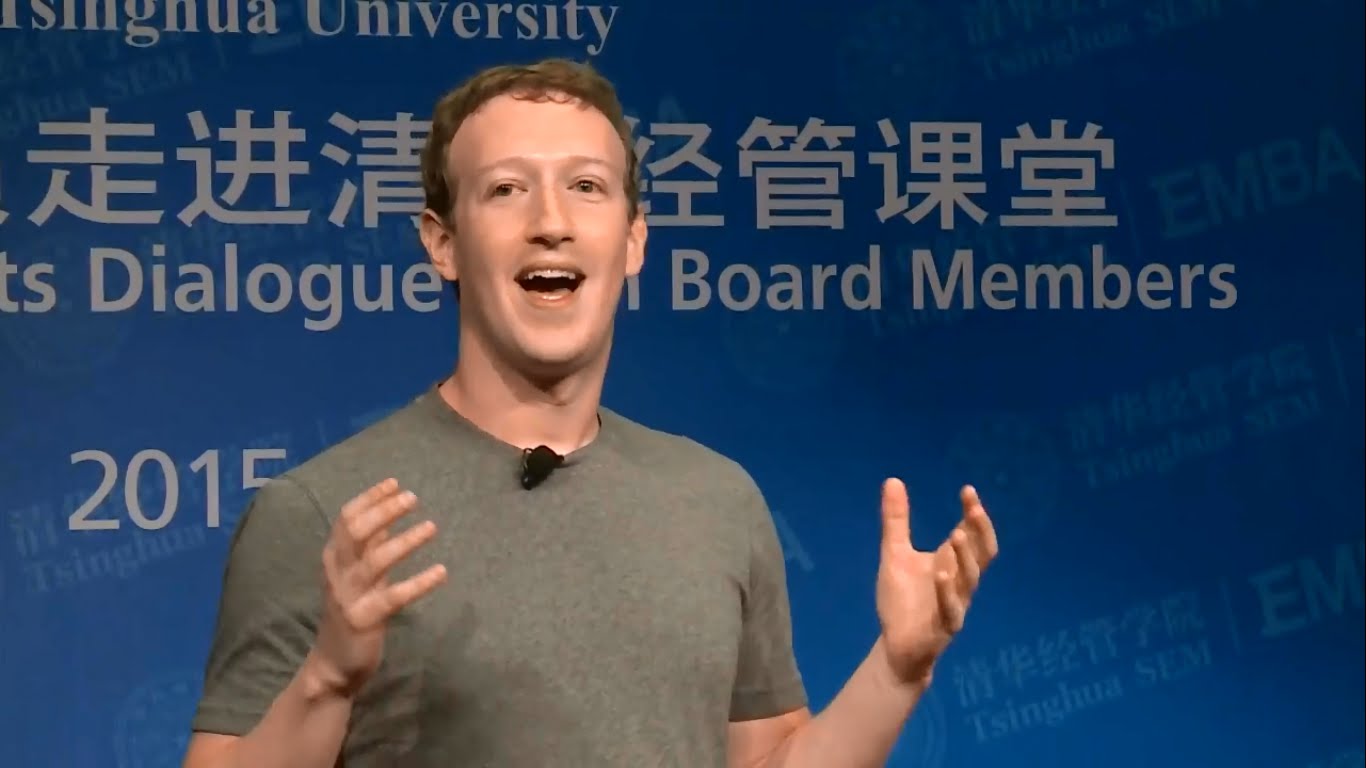 If Mark Zuckerberg Is Learning Chinese, Maybe You Should Too

I have found that it’s especially important to be honest and forthright with students. I’m upfront about how much they’re going to learn and how long it’s going to take to learn it. I mean…that’s applicable beyond business isn’t it? It’s not good to give false expectations to anyone, making promises that you cannot actually keep. But as it pertains to teaching, the best way to achieve goals with your students is to set some goals that can actually be achieved. When I tell prospective students they’ll be able to maintain a basic conversation in Spanish after 20 lessons, I truly believe it. I’ve been down this road before with many students and there’s no reason I cannot make this claim with my next student. 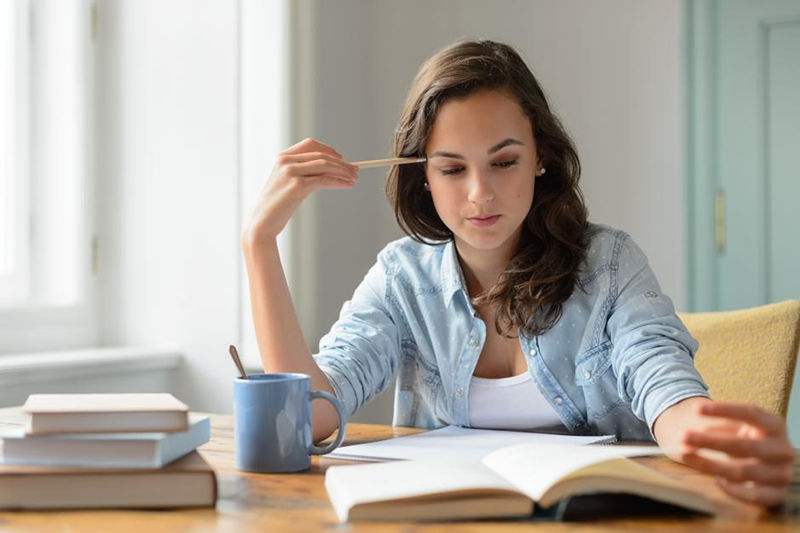 How to Learn a Language

This guarantee, however, is based on the assumption that I’m working with someone who has the incentive and willingness to learn. Both are essential. There are many people who have the incentive but are not willing to learn. It would benefit them greatly to learn Spanish. But they lack the mentality required to put in the time and do the work. These are the students who think “it would be cool to learn another language.” They’re enamored by the accents of native speakers and impressed by people who learned to sound like one. But when it comes to the practical steps of building their Spanish skills, due to a lack of a real desire to learn, they must be dragged forward instead of guided. We must spend half of our lesson covering what we learned in the previous lesson because they haven’t thought about it since then.

Better Uses of Your Time

Now, that is not to say that our time together will be wasted. We’ll have a good time and some great conversations. You’ll learn many words and phrases. But the thing is…you could’ve done that with anyone. You didn’t need to hire me for such a small goal. Your Spanish-speaking friends easily could’ve taught you a few words and phrases over a plate of nachos.

Just think of all the time and money you’ll save by not taking real Spanish lessons. You’ll have more time with your friends and family. You’ll have time to exercise, read a book or get things done around the house. And of course, just think about all the other things you could learn. You could learn to build a website, grow a garden or cook something delicious. There is literally an endless number of things you could do with your time. You can do things that you actually want to do, things that would greatly enhance your life.

None of what I’m writing here is sarcastic. I truly mean it. Not everyone needs to learn another language, especially if you’re not traveling or if you lack the opportunities and desire to communicate with people who speak that language. Granted, I’ll confess that I want to sit across a table from you and build a whole new world in your mind with the Spanish language. But that’s just the teacher in me…I love teaching Spanish! Nonetheless, the objective part of me can acknowledge that fluency in a foreign language takes some hard work. It’s far too long of a journey for someone who really doesn’t want to take the trip.

Too Big of a Commitment

In this opinion article at japantoday.com (link), the writer explains why shouldn’t learn Japanese:

Look, everyone thinks they can learn Japanese quickly, fueled in part, no doubt, by the number of websites claiming to help you do so if you buy their products. But honestly, when I look at the very few people I actually know who’ve succeeded, it’s clear why. They got up at 4 a.m. every morning to do speaking drills, or wrote 50,000 flash cards, or went to language school five hours a day. Myself, I can honestly say I’ve spent at least 4,000 hours actively studying, and that’s not counting watching Japanese movies, singing karaoke, having conversations all day long in Japanese, and working in Japan.

Don’t Let Anyone Shame You

You just might be better off where you are, making good use of your time, confidently speaking one language…and there’s nothing wrong with that. Don’t let anyone shame you for the language you speak or for the languages you don’t speak.

Of course, I also have to acknowledge those who do have the incentive and the willingness to learn a foreign language. I can see them coming from a mile away, mainly because of the stack of language books they carry around. When they begin to show me the work they’ve completed, the exercises they’ve done and the notes they’ve taken, that’s when I know I’m dealing with a real contender. This person has already started the process…by themselves. They’re eager to learn. And now their head is full of questions. They’re unsure about a number of things and they’re looking for help. They need someone to affirm what they’ve already learned, someone to assess their level and guide them to the next level. A student like this is a teacher’s dream-come-true, a real delight to teach.

If you are this kind of student and you truly desire to learn a new language, give us a call or send us a message. We’re looking forward to working with you.