We love teaching Spanish! If you’re interested in taking Spanish classes in Austin or Houston, take advantage of our free orientation offer (link). It’s an easy opportunity to meet a teacher, look through our materials and get an idea of what our classes are like. We go to your location to teach you and your staff. We’re ready to help you achieve your language goals. 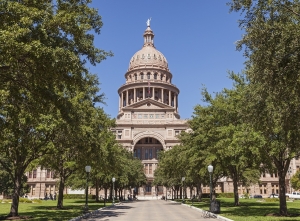 Spanish Classes in Austin, Cedar Park and Round Rock 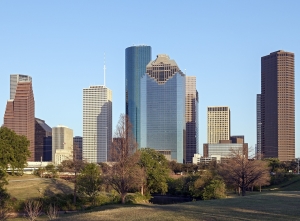 Create your own Spanish course with colleagues or employees. By sharing the cost of the course, the cost per student is significantly less. It’s also rewarding to share the learning experience with people you already know.

Determine the Level of Interest

Invite coworkers and/or friends to a free orientation class.

Invite workers from other departments or even other companies.

An informal session to meet the teacher, ask questions and learn about the course.

From here, we discuss the curriculum and plan the class schedule.

We not only teach you the language, but how to learn a language.

Multilingual employees have a distinct advantage in the marketplace. They’re paid more and capable of venturing into foreign markets.

How to Learn a Language Fast through Daily Application

For those who wish to rapidly learn a language with depth and accuracy, daily application is the answer. Read this post to learn how.

The new Google Austin building lease signals yet another large investment of a tech giant in the Capital City.

Is Y’all Proper English? No, But It Should Be

Is y'all proper English? Well technically, the answer is no. But objectively, there's nothing wrong with it. It's the perfect contraction of "you" and "all." And still no one has suggested a better pronoun to use while talking to two or more people. In my opinion, y'all should say y'all.

How exactly should you pronounce "Austin" while speaking in Spanish. This post answers that question.

Why Are English & Spanish Among the Hardest Languages to Learn?

English and Spanish are among the hardest languages to learn, but for completely opposite reasons. This post explains why.

Get ready for even more diversity in Austin. The abundance of new Apple Austin campus jobs will attract thousands of people from all over.

5 Steps to Learning a Language

In this post, I'm going to explain how to learn a language...in particular, how to learn Spanish. Although it's important to have conversations with people who already speak that language, those chats are not the critical factor towards your progress.

Take a bite before buying the meal - This free introductory Spanish lesson is for those who wish to learn Spanish, but don't know where to start. Get to know the teacher and assess your current conversational level

The ethnic diversity of Austin is one of its strengths. Knowing English and Spanish enables Austinites to communicate with nearly everyone in town. In this post, we are going to provide an overview [...]

Learning another language is not for everyone. Those who lack the incentive & willingness to do so should probably use their time another way.

Join us on social media!

A Professional Language School in Austin

Austin is thriving and growing like no other city in the nation. Surrounding cities like Round Rock and Cedar Park are also benefiting from the tremendous prosperity of Texas’ capital city. The influx of residents from other states means that Austin will become even more diverse than it already is.

This means that Austin’s linguistic blend of English and Spanish won’t be changing anytime soon. Austinites who speak both languages will have an advantage in social and business settings. Prime Instruction & Language is language school that makes it easy for those who wish to gain that advantage by offering on-site Spanish lessons for individuals and small groups.

There’s nothing new or fancy in what we do. In our Spanish courses, we utilize the time-tested approach of combining grammatical instruction with conversational practice. Students become more and more familiar with the language as they reinforce vocabulary and phrases from one lesson to the next.

Our workplace lessons are typically 90 minutes long with a short break at the midpoint. We introduce new words and phrases in each lesson while reinforcing the words and phrases learned in past lessons. The key is consistency. We take a leisurely approach with those who desire a casual learning experience. But we can also proceed aggressively with those who wish to see faster results.

Everything is our culture is getting faster and more immediate. The acquisition of a language, however, will always take some time. Ask us today how we can help you or your staff to break the language barrier.

We offer a variety of lesson packages for grade-school and university students who need to improve their grades and perform better in their Spanish classes. We conveniently go to the homes and nearby locations of our students to help them achieve their language goals.  Some genuinely wish to grasp and speak the Spanish language. And some simply need help so they can pass their tests. In either case, we can help.

Spanish and English are both challenging languages to learn, but for different reasons. Whereas the grammar of English is relatively simple, the pronunciation of vowels is quite difficult. Consider three words like “move,” “love” and “cove,” for example. The “ove” of these words is pronounced three different ways in those three words. And then there are similar words like “thought,” “through” and “thorough” or the dubious differences between “there,” “their” and “they’re.” Even native English speakers still have difficulty getting these right.

In Spanish, the complete opposite is true. The pronunciation of vowels is simple and predictable because each vowel makes only one sound. There isn’t a long or short version of a vowel, but rather, just one consistent pronunciation. Spanish grammar, on the other hand, involves layers and layers of complexity which can be intimidating and overwhelming for students. The various verb tenses in Spanish present long lists of conjugations which must be used correctly in order to effectively communicate.

Given the non-verbal nature of most academic testing, most Spanish tests are based on the mastery of these verb tenses. It certainly is important to learn, but there is so much more to a language than grammar. Call us at 512 350-8757 to learn more about how we can help your young student.